From the mountains of North Carolina, Joseph Houck began writing songs and sharing his acoustic demos at Soundcloud.

In 2012, he released a digital EP on Bandcamp called Forgotten.
​Since then, Houck has performed live at multiple venues throughout Western and Central North Carolina.

In 2015, Houck devoted his energy to the creation of his first full-length album Roam. Enlisting the aid of musicians he respects from throughout the US and other countries, Houck brought to life songs he had written over the past few years. With elements of Americana/folk and rock, Roam features eleven songs bound by a theme of journey. ​

Currently, Houck performs live regularly. In the fall of 2018, he released a 2nd album Congeries. The new album, a blend of folk, rock, and country, explores the natural and the supernatural.

"The first thing you need to know about this musician is that the guy is seriously good at guitar. The instant I heard his music, specifically “Through the Window”, my foot instantly began to tap to the beat and my head started to bob. His music falls into the category of Folk Rock and is well suited for your road trips on the Blue Ridge Parkway."
--(High Country 365)

"...Roam is a workhorse of an album that fits pretty much any mood you're in. What unites the songs on this collection is a measured confidence coupled with some truly unique and finely crafted songwriting..."
--Rachel Cholst (Adobe and Teardrops)

“Joseph Houck is one of those rare songwriters. His songs capture all the mystery, sadness, longing and simple joys of being alive. A truly special American voice.”
(Pall of a Past World, Knoxville, TN)

“A masterpiece-- lyrics and music form a great unity.”
(Oorlab, The Netherlands)

“Steeped in the traditions of Appalachian mountain music, but with brilliant and insightful lyrics, Joseph Houck is a special songwriter.”
(Return to Normal, North Judson, Indiana) 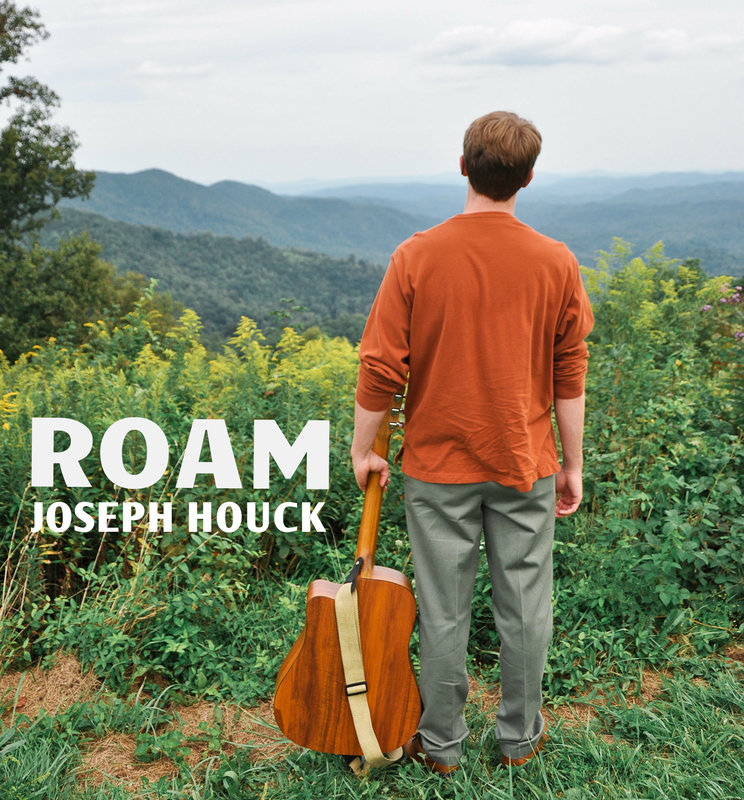